I dread crossing the I-90 bike path between Mercer Island and Seattle.

It’s taken a while, but I’ve finally realized why: The I-90 bike path is Seattle cycling’s equivalent of a Klingon Pain Ritual.

In case you aren’t familiar, Klingons are a Star Trek warrior species. In the original series (William Shatner/Leonard Nimoy) they were enemies of the Federation, but as the franchise expanded they eventually became allies and staffed key security positions on star ships such as Enterprise. 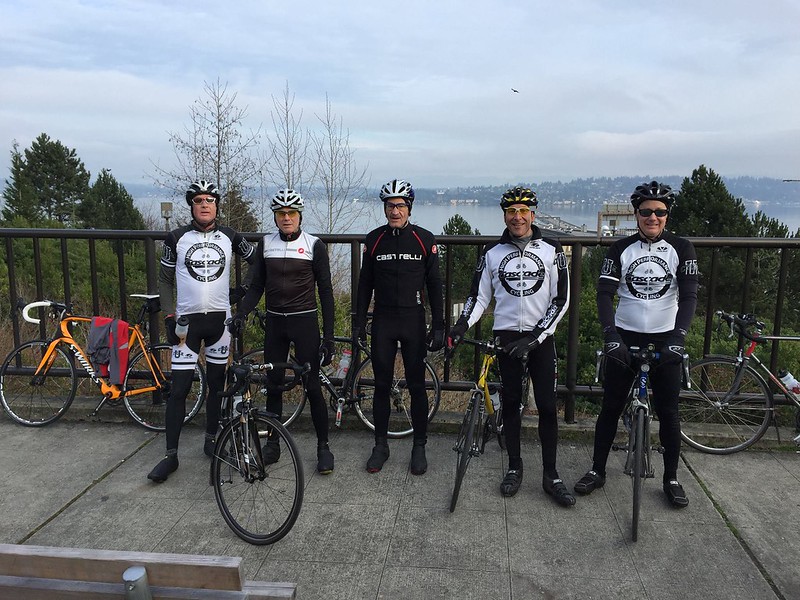 High Performance Cycling Team Members at the I-90 Overlook strain to see past their eyeballs after making the westward transit.

The Klingon culture includes enduring severe pain in a variety of spiritual rituals. For example, there is the the Ritual of Twenty Painstiks, and the Second Rite of Ascension ceremony in which a young Klingon must walk between two lines of Klingons who poke him/her with painstiks.

Gluttons for misery and punishment: Sound like any cyclists you know?

Klingon painstiks deliver enough punch to cause some species’ heads to explode.

The I-90 bike path looks easy, but every cyclist on it is clearly in a state of self-induced misery, and pedaling as hard as they can to get it done, kinda like walking on hot coals. Add troublesome hills at both ends of a traverse that looks flat, cross winds, pedestrians, baby strollers, swerving cyclists, runners, standing water, and road spray and you have a bonafide Klingon pain ritual. 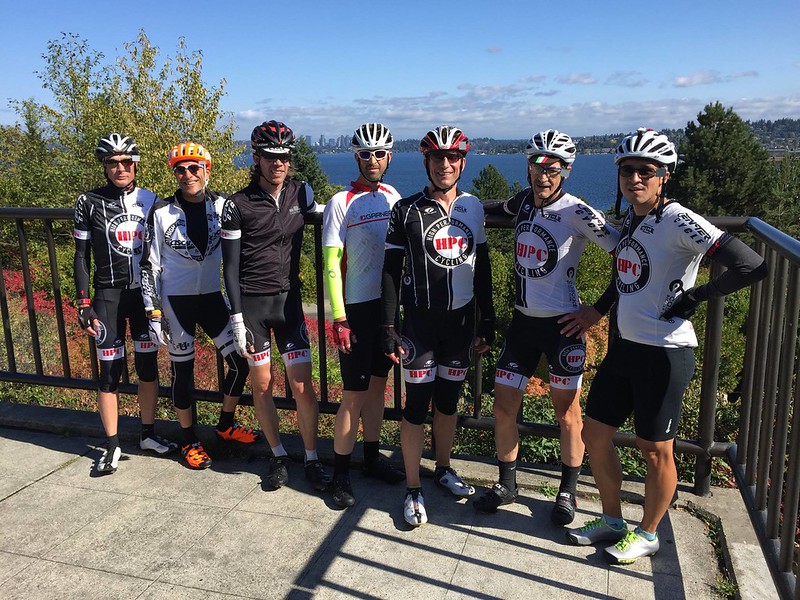 I’m probably not the only one who has this additional problem: It takes me at least 30 minutes to warm up, but the (eastward) I-90 crossing is often at the beginning of a ride. Riding in a group, it always seems like everyone else is warmed up and pedaling at full speed by the time we launch onto the bridge. Meanwhile, I desperately hang on to any wheel I can as my heart rate skyrockets. Not quite the perfect warmup.

By the time we get to wherever the “real” ride starts I’m about completely tapped out by the Klingon spiritual experience of crossing I-90.

Thank goodness for tolerant cycling buddies willing to soft pedal once in a while during the real ride. 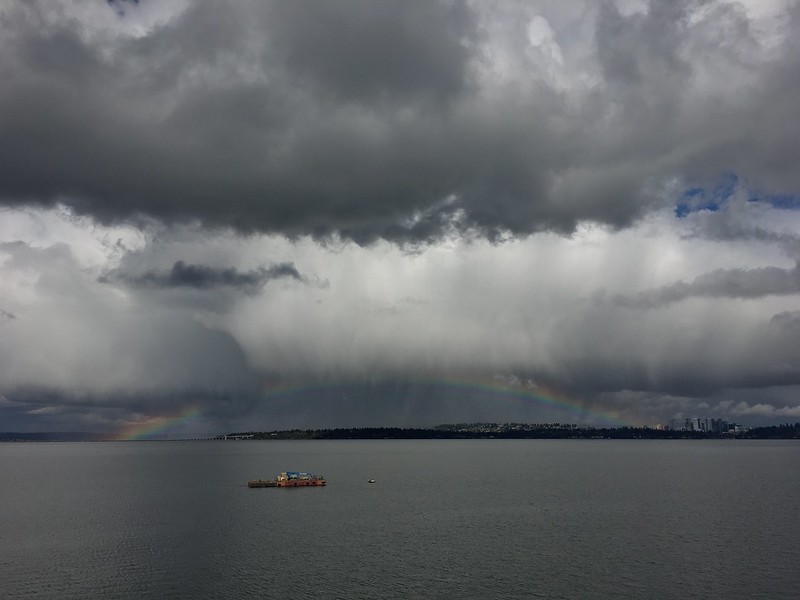 The view from the I-90 Trail can be spectacular.

Ah yes, I arrive home to a non-cycling spouse who has us all queued up for a little Hot Yoga “date.”

“I just rode with some hammerheads. Can’t we do some kind of relaxing yoga?”

Hot Yoga: 90 minutes and 26 postures in a room heated to ~104 degrees and very humid. You sweat so much that when you lift your towel off the floor at the end of class it’s a weighted arm curl. One water bottle is barely enough to get through the 90 minutes, although you are only supposed to sip a couple times, and drinking a whole bottle is the sign of a novice.

Instructor to David: “Um…you haven’t really started the pose yet, but if that’s as far as you can go, just stay in that position.”

Ahhh, Beam me up, Scotty.