Tuesday May 25th, was day 3 of XWA21 (Cross Washington Bikepacking). Most of the riders had finished the ferry ride to Edmonds, and were headed towards Snoqualmie Pass. The contenders were a day ahead, and making their way to Wenatchee.

I drove to the Tokul Tunnel then pedaled northwest on the Snoqualmie Valley Trail to see who’d be willing to do mid-ride interviews.

Everyone I chatted with was in good spirits and aiming to be east of the Cascade Crest by nightfall. 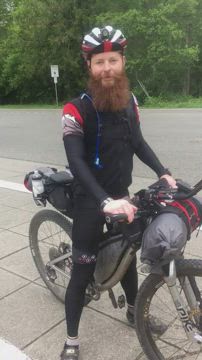 I connected with Michael McGuffin and his riding partner Mykenna Ikehara just as I was about to leave the Tunnel: 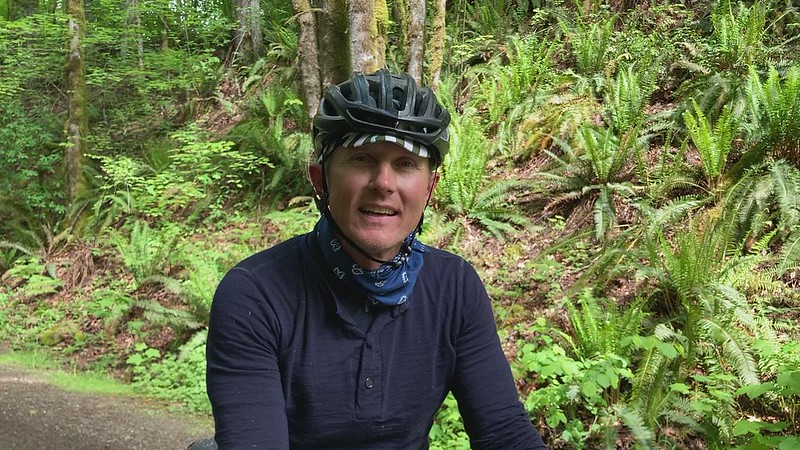 Michael is currently headed towards Wenatchee.

Next I ran in to Becky Timbris and Michelle Thomas who were coincidentally on the first part of the XWA route as part of an ~11 day ride to Spokane. They spent the first two nights in hotels, but were geared up for luxurious camping. 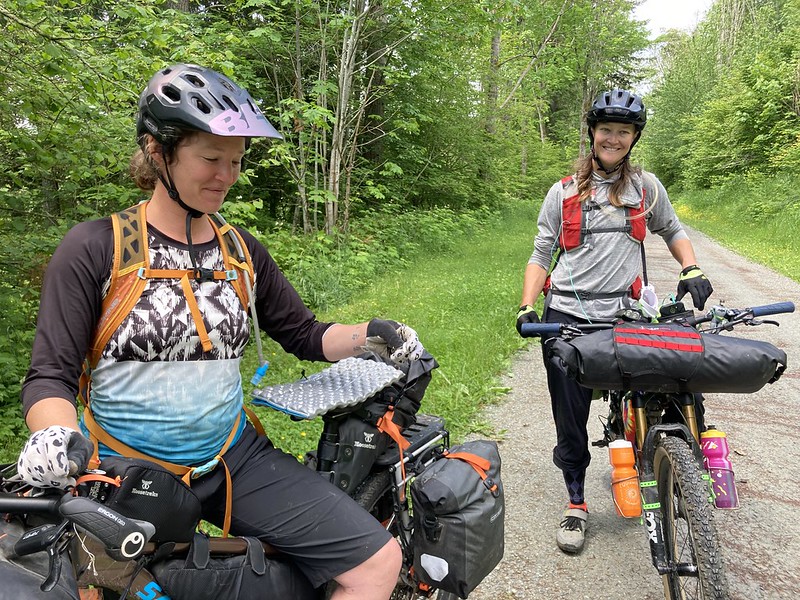 Richard Massey and Dan Rodriguez were riding together on the SVT. 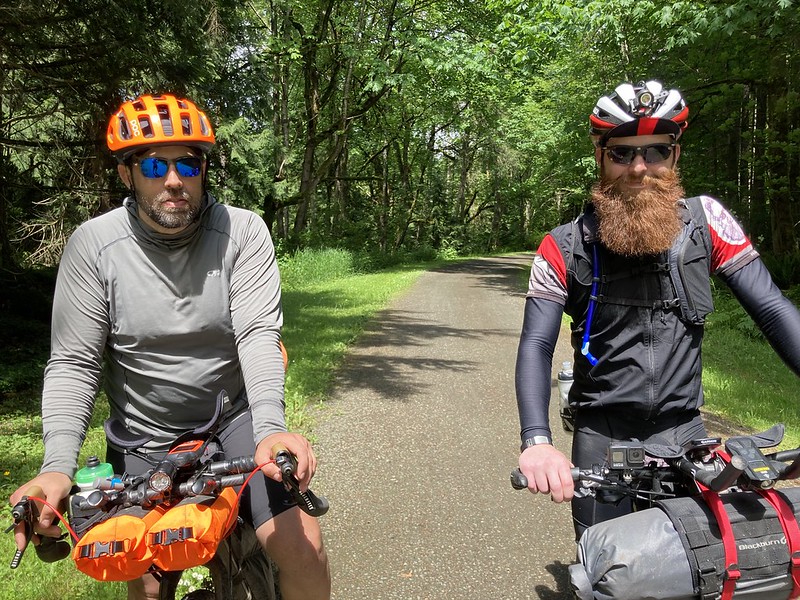 Dan was having achilles trouble and later abandoned at Snoqualmie Pass. Richard is currently closing in on Wenatchee.

The lead woman on course is Jo Lister. Jo has competed in Ironman-caliber events, but this is her first time trying an off-road event. 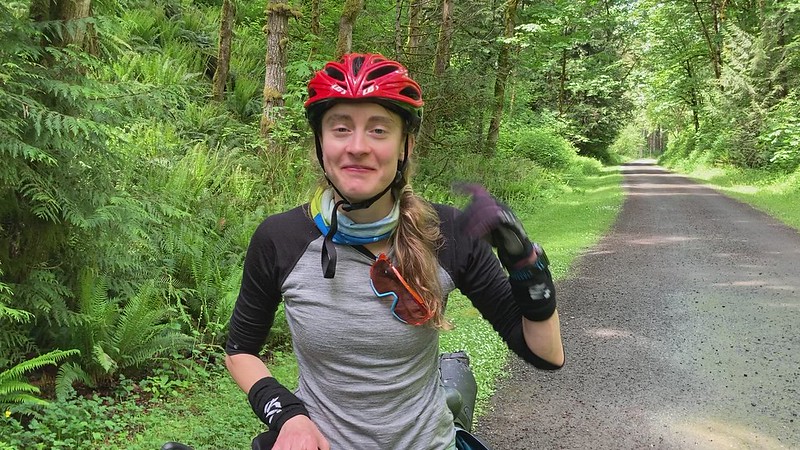 I connected with Tom Sumter and Aharon Elston near Carnation. 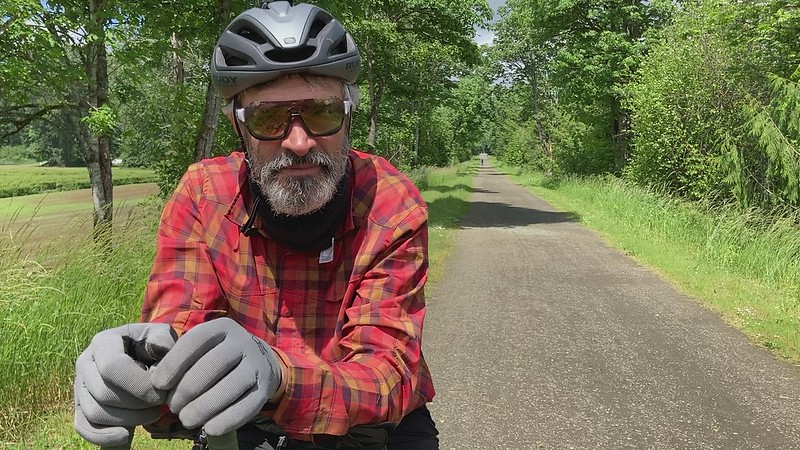 If a smaller version of this kind of event is of interest, check out the GCOR (Grand Circumnavigation of the Olympic Range) 2021 Bikepacking Challenge Tom is organizing. The Grand Depart is July 4, and he estimates folks can complete it in 3-4 days.

Aharon gave us a quick tour of his bike setup, and from the looks of it ought to become a brand ambassador for a certain bike bag company: 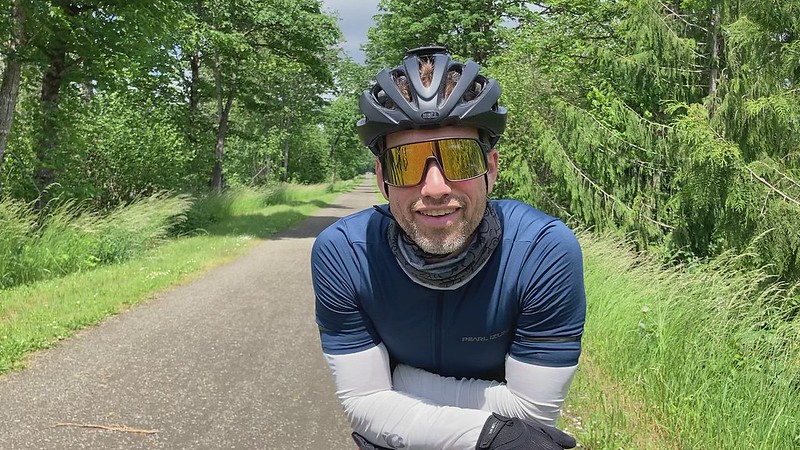 Pete Dougherty granted a rolling interview, alas the quality was too poor to post. 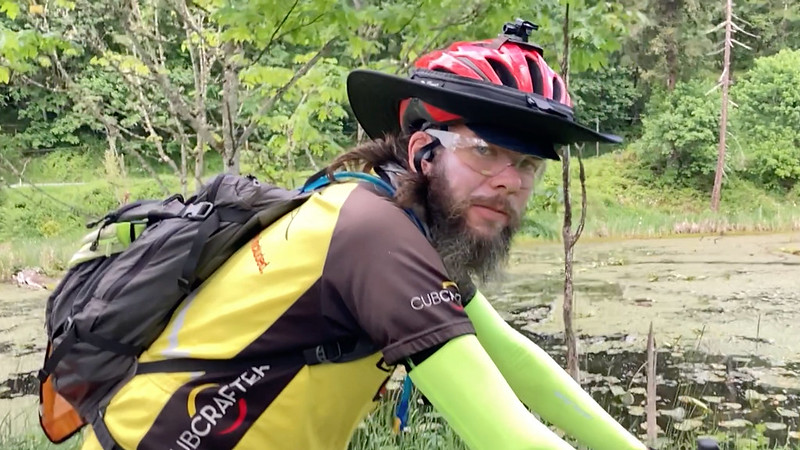 This is Pete’s third XWA, and he was on pace to match his previous best time.

I’ve only ridden the SVT north of Carnation a couple times, and never paid attention to the scenery until this ride. There are mindblowingly gorgeous wetlands alive with birds and wildlife on both sides of the trail. If you’ve never been, I highly recommend it! 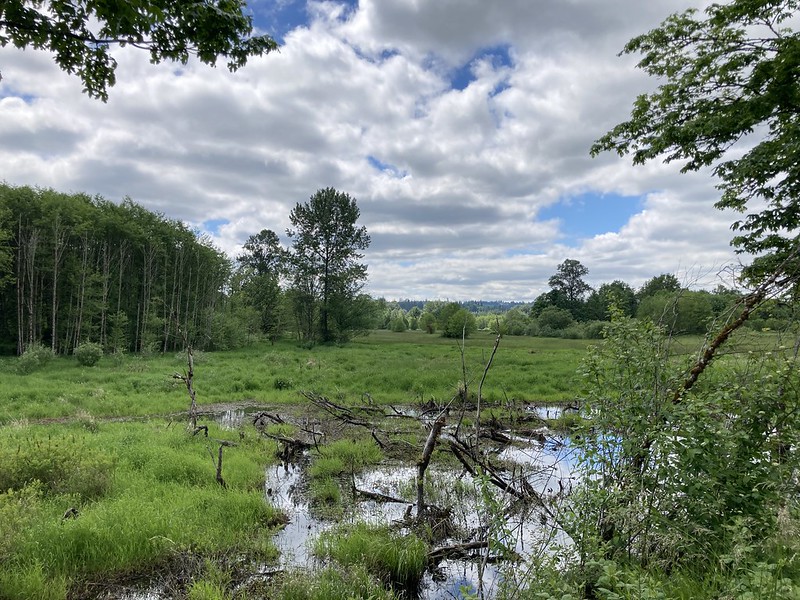 I also connected with Steve Luten who said he was making steady progress, although he confessed he was probably not staying properly fueled.