Starting at Barlow Pass on the Mountain Loop Highway, the hike to Gothic Basin rewards a strenuous effort with a gorgeous dual cirque dotted with ponds and lakes.

Unless you do an early season hike, in which case the basin is a vast snowfield.

In the Cascades, the timing of “early season” conditions varies depending on the winter’s snowfall. 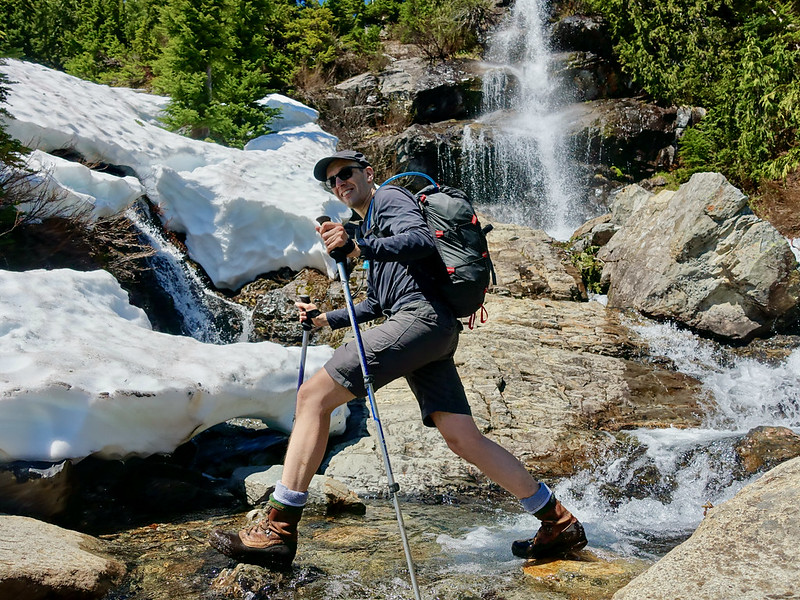 The drive from Seattle to Barlow Pass takes about 2 hours. If you are coming from the north, be aware that the road surface between a few miles south of Darrington and Barlow pass is dirt/gravel and can be closed at any time due to washouts.

Indeed, as of June 17 this year the road was closed at Barlow Pass.

There are a couple of trailhead parking lots west of Barlow Pass. On busy days folks also park on the shoulder of the road. There are outhouse toilets at the parking lots. 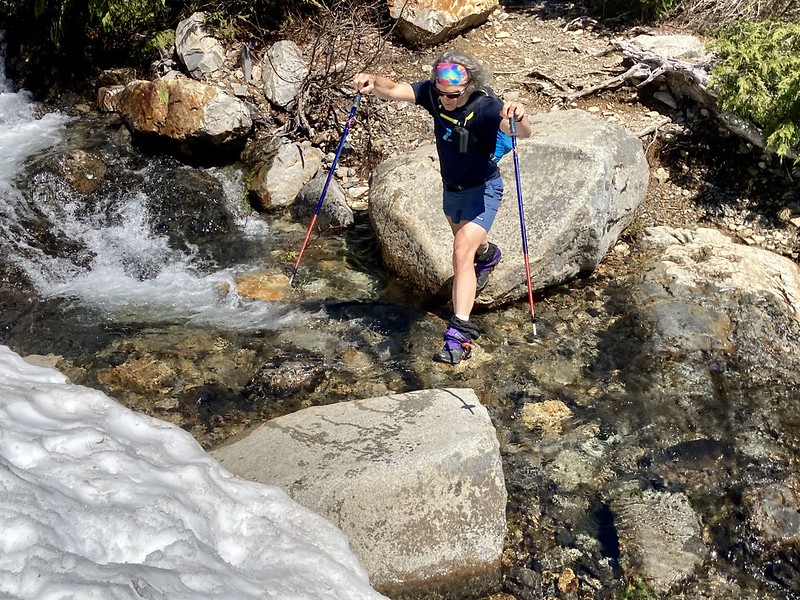 The hike to Gothic Basin begins on the Monte Cristo Trail just at the apex of Barlow Pass. Get your legs warmed up on the flat and easy first ~2 miles to the Weeden Trail. Look for a sign for Gothic Basin.

If you want to add a side trip, continue straight for another 2+ miles to the former mining town of Monte Cristo. 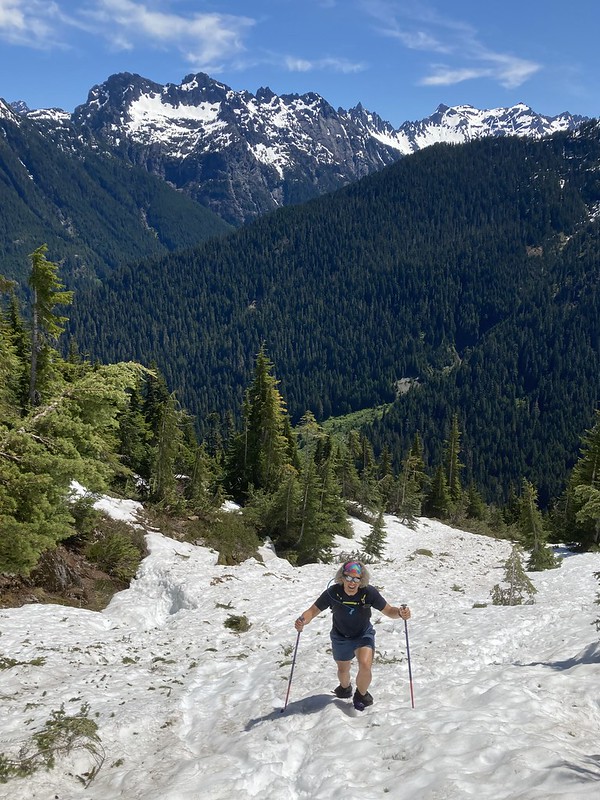 Weeden Trail soon turns quite steep. The route was snow-covered after about 3 mile at which point route-finding and snow travel skills were necessary. Several creeks were snow-covered avalanche gullys that become treacherous as the snow melts.

My hiking buddy Tobias punched through a slushy snowbridge on our descent. The snow in the trees was often icy, muddy, and technical to negotiate. 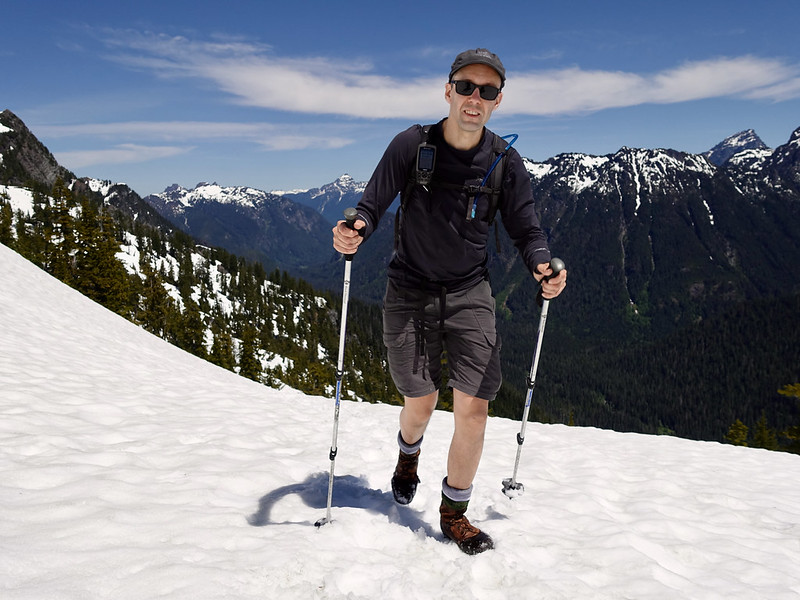 Tobias had a gps device to help get us through the confusing sections, but it would have been easy to figure out a route with a map and evaluating the terrain. We agreed that in these kinds of conditions it’s often better to get off the actual trail, and on to smooth snow which can make for faster travel. 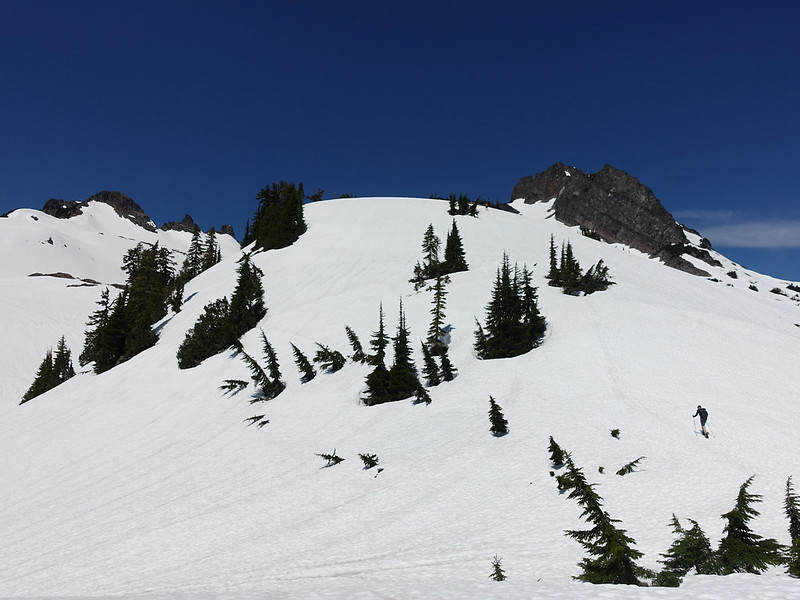 Since it was a warm day the only special gear we brought were trekking poles. I wore trail running shoes with gaiters. Tobias wore his treasured high-topped leather Swedish-made hiking boots. We discussed bringing microspikes, but as we expected they weren’t necessary.

Once we reached Gothic Basin we continued upwards toward Del Campo Peak. We had a snack and took selfies on a rock outcropping below the peak. 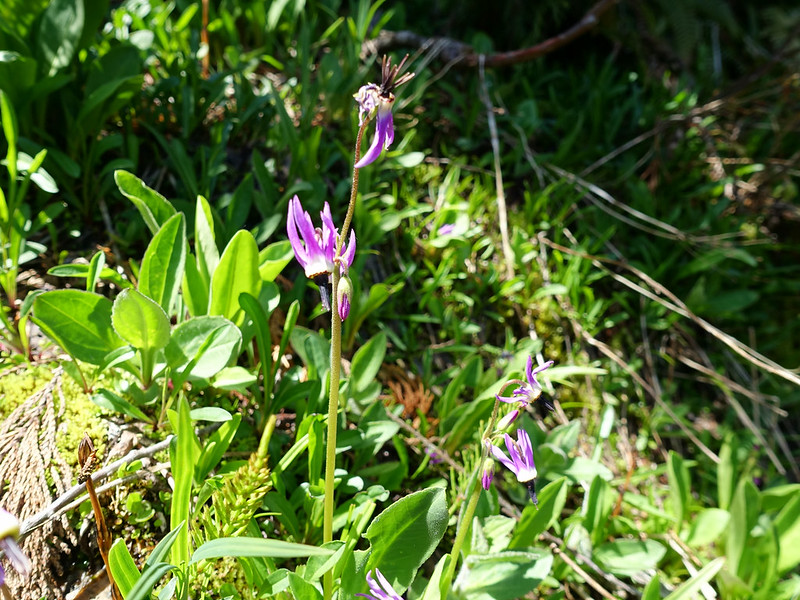 On the descent we were able to boot-glissade on several sections. The route finding on the descent seemed a bit more arduous than on the ascent, partially due to the snow softening in some places, and becoming icier in others.

We wrapped up the adventure at the family-owned Playa Bonita Mexican restaurant in Granite Falls.

Except for the mask requirement at the entrance, it almost felt like the before times.

Before you go, check the latest trip reports at Washington Trails Association.