Cremona is known as “the violin city.” It’s the epicenter of some of the world’s most skilled instrument makers, including Antonio Stradivari, known for producing some of the finest violins and cellos ever made.

Read about how Cremona is trying to preserve the sound of the Stradivarius:

Coincidentally, our supplier Biciclista’s headquarters is just a short drive from Cremona. They showed us draft ideas for their 2022 line, and we gave them design feedback from our experiences with our Trailside Shop. We’ve been selling Biciclista cycling clothing since we we launched our retail project in 2019. The bold jersey designs are quite popular, and new customers have sought us out just to get one for themselves. 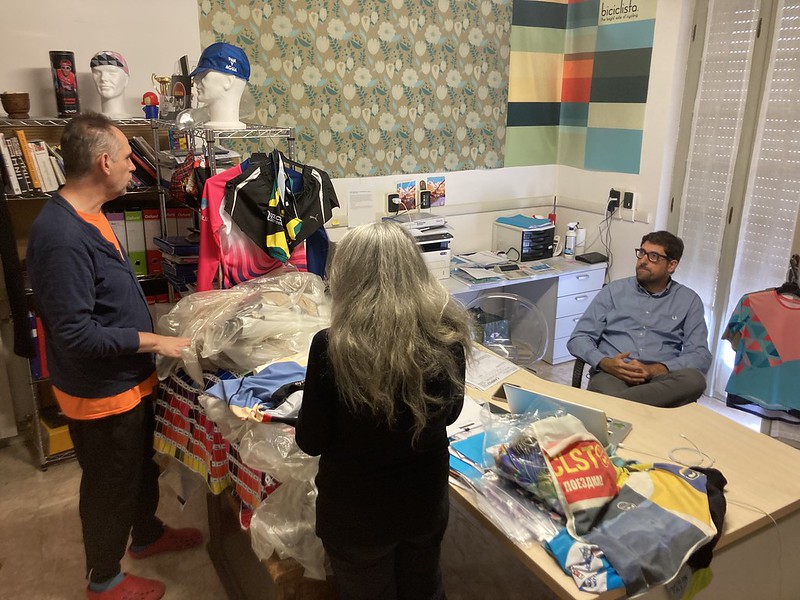 For an Italian newbie, the most striking thing is the age of the older streets and buildings. Walking on cobbled streets laid down by the Roman Empire, I felt immersed in the human timeline. My wife Paula, who is a landscape architect, felt that although the old streets and buildings are made of stone, they felt organic since the structures are so ancient.

The plazas adjacent to large cathedrals serve as central public hangouts and gathering areas. Francesca shared fond memories of when she was a teenager that she and her friends would congregate on the steps of one of the smaller churches.

Even the cathedrals in relatively small towns like Cremona have remarkable architecture and artwork. Although I went to Catholic schools for 8 years and was an altar boy, we never learned about how it was that the Catholic church had acquired so much wealth and power over the millennia. The buildings and artwork are glorious, but incongruent with (my understanding of) Christ’s teachings of compassion, service, and humility. 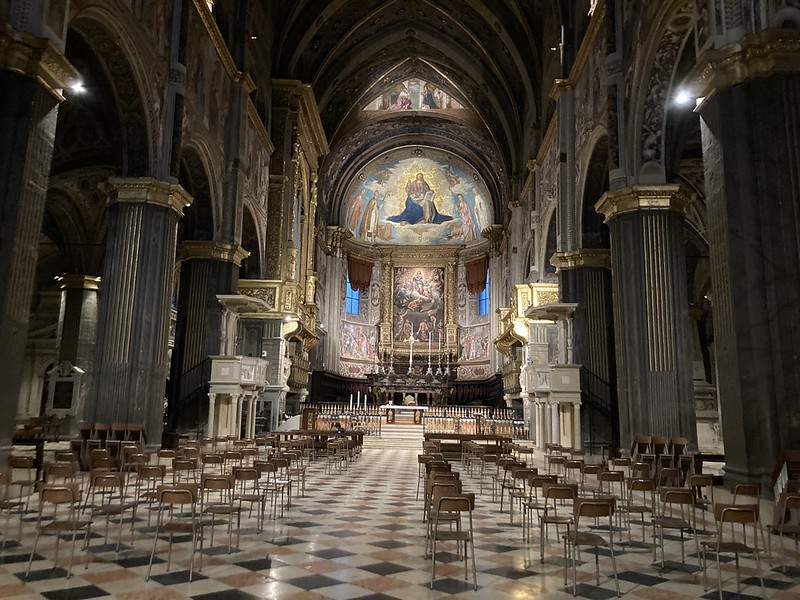 Antonio Stradivari is a recurring theme in Cremona. 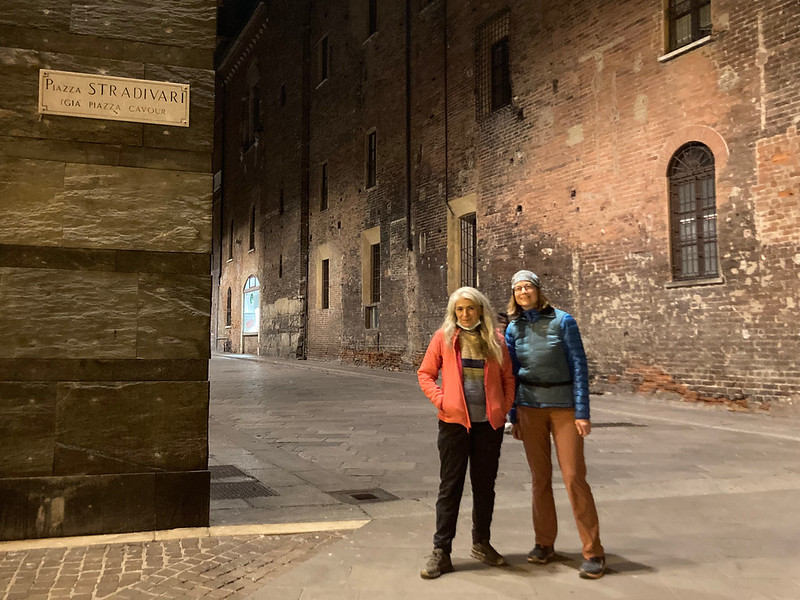 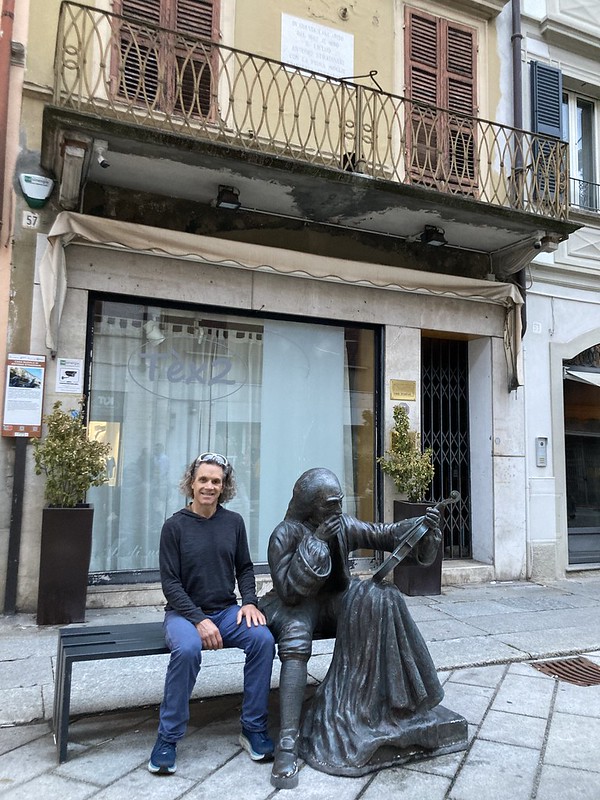 We were excited to meet with our newest supplier, Marcello Bergamo in Castano Primo, northwest of Milano. To get there from Cremona, we traveled by train and subway. 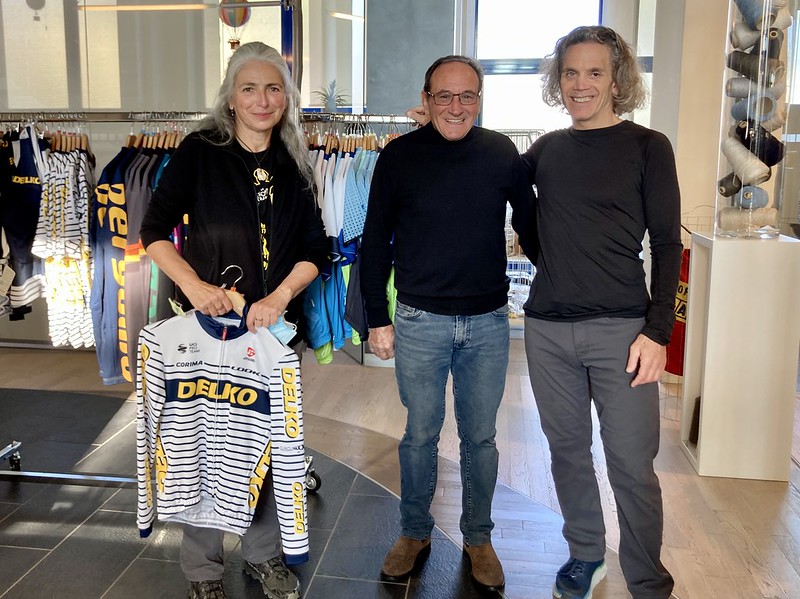 Marcello cycled professionally from 1969 until 1978. His best results included victories in Milano–Torino in 1973 and two stages of the Tour de Romandie in 1971 and 1973. 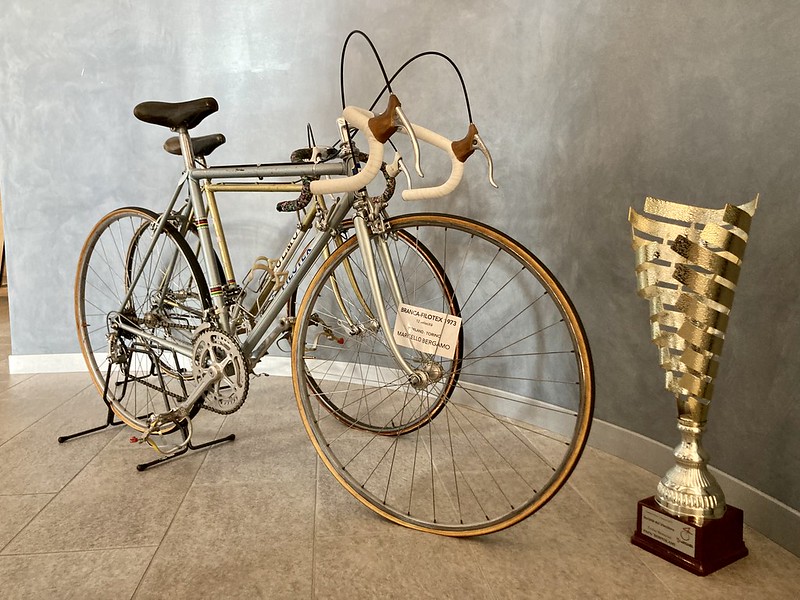 It’s a family-run business, and we work directly with Marcello’s daughter. Marcello graciously provided taxi service to our hotel near the Malpensa airport. He fluidly accelerated his Mercedes through the traffic on the strada, which indicated he’s still comfortable at speed. At 75, he does weekly Sunday group rides “at a brisk pace.”

Read about the other parts of the trip: