The moment we stepped out of Florence station I felt as though I had stepped into a new world. Within a block, the pedestrian-clogged streets are paved with immense ancient cobbles, and it’s obvious the stone buildings have been around for generations upon generations. We felt that just walking around was enough of a history lesson, and we didn’t bother to visit any paid tourist attractions. Since we’ve returned home, Paula and I have been binge watching the Medici series on Netflix to get up to speed on the history of the Renaissance.

The “Historic Centre of Florence” is a UNESCO World Heritage Site. Built on an Etruscan settlement, Florence is the epicenter of the Renaissance. Under the Medici family in the 15th and 16th centuries, it made significant lasting economic and cultural contributions to western culture.

Piazza di San Giovanni is a short walk from Florence Station, and one of the more popular attractions. 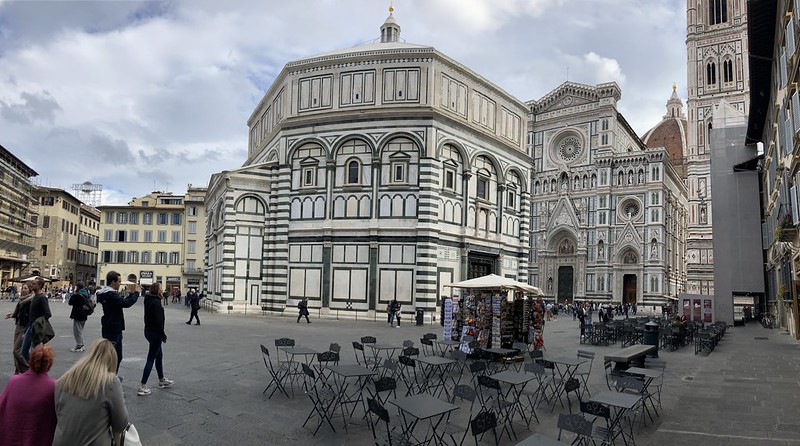 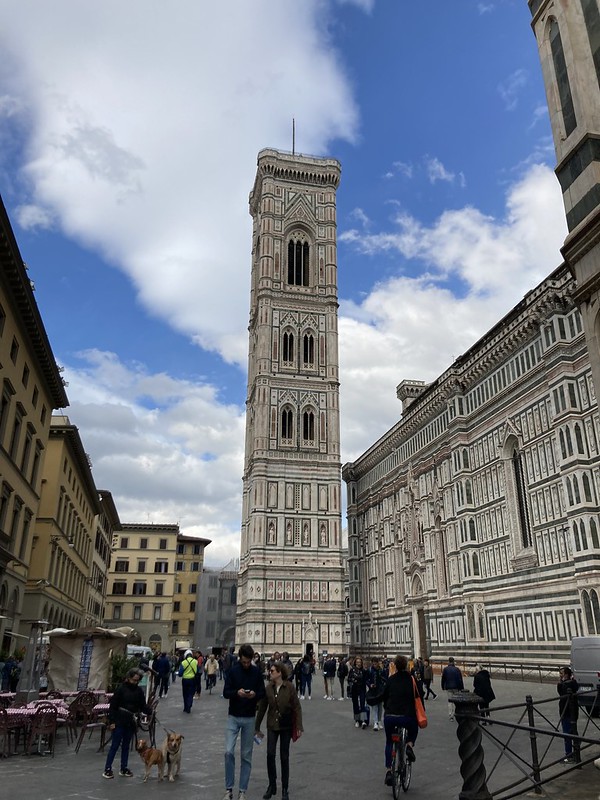 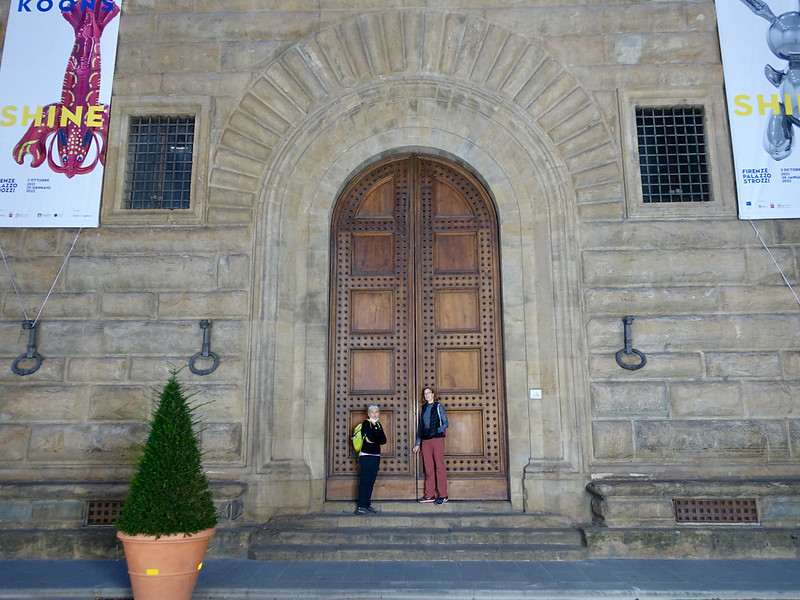 Our Florence lodging was in Piazza Santo Spirito, which turned out to be a bit of a late-night party location for young locals. But, it was a great central location.

Basilica di Santo Spirito was the one Florence church we visited. There was no line and no entry fee. While we couldn’t take pictures inside, the organist was practicing, which made it a remarkably serene experience. We noticed that the acoustics were so good it was impossible to tell where the organ pipes were. The sounds filled the entire space equally, which seemed amazing and unlikely for a structure that was conceived in the 1400s. Was this intentional, or did architect Filippo Brunelleschi just get lucky? 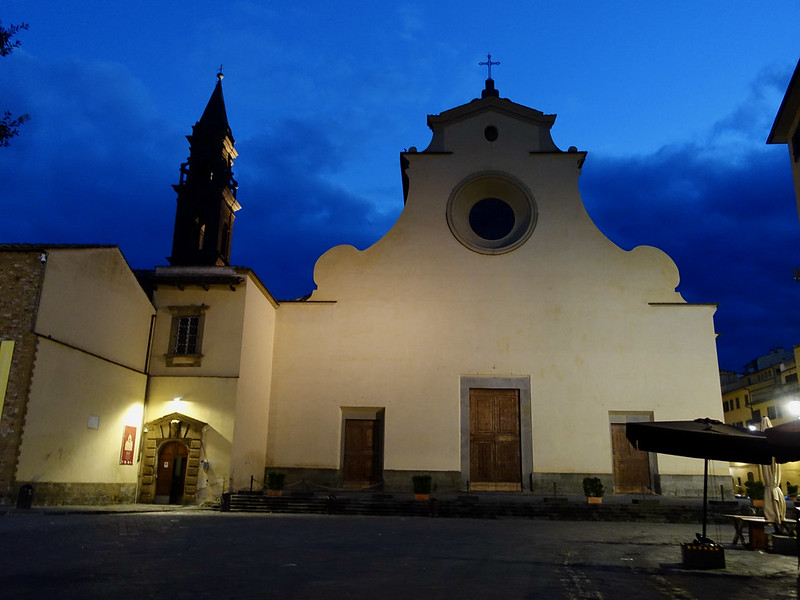 As noted in Francesca’s Travel Tip #4, we did some fun pre-dawn walks. 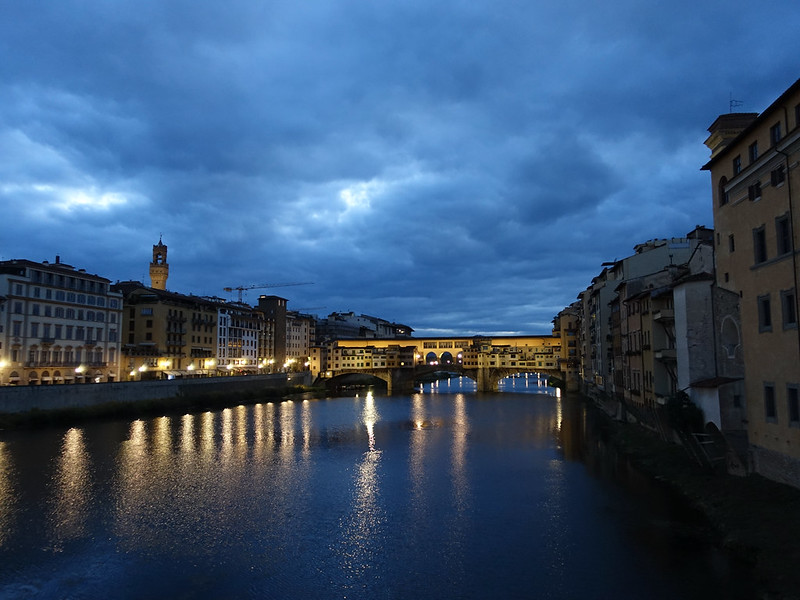 One of my requests to Francesca as our tour guide was to eat local specialties as much as possible. Indeed, we hit the jackpot almost everywhere we visited.

We had an awesome Florentine dinner with local prices at Trattoria Palle D’Oro dal 1860, which has been owned by the same family for four generations.