As we planned the trip, we realized that Venice would be significantly more important than just ticking off a tourist site from the hit list: It’s where my mom spent her final days as an ambulatory person.

ALS is a progressive neurodegenerative disease causing loss of muscle control. Eventually, ALS patients lose the ability to move, speak, eat, and breathe. There is currently no cure and there are few treatment options. Approximately 80 per cent of people with ALS die within two to five years of diagnosis. (Notable exceptions include Stephen Hawking, 1942-2018.) 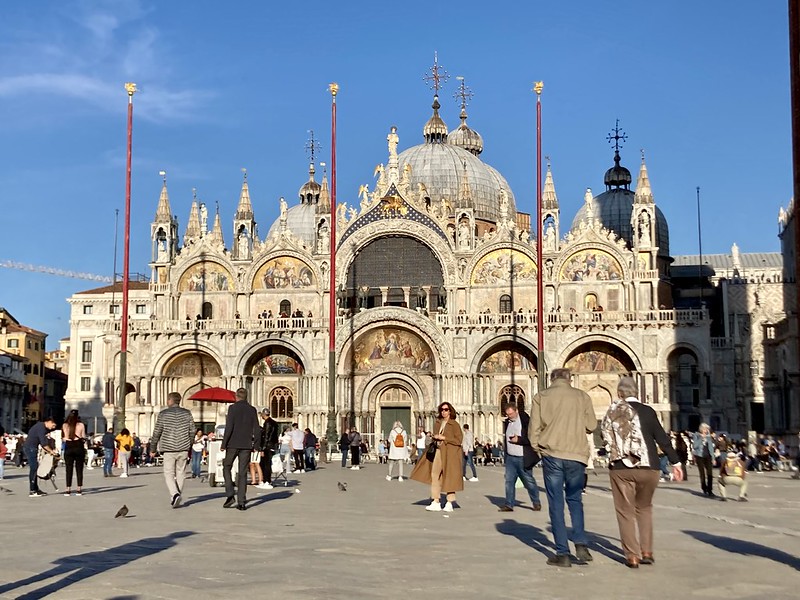 In September of that year, my mom’s twin brother was in the midst of a multi-year trip around the world, and was staying in an apartment in Venice with his wife. He flew my mom to Venice so they could celebrate her life together. 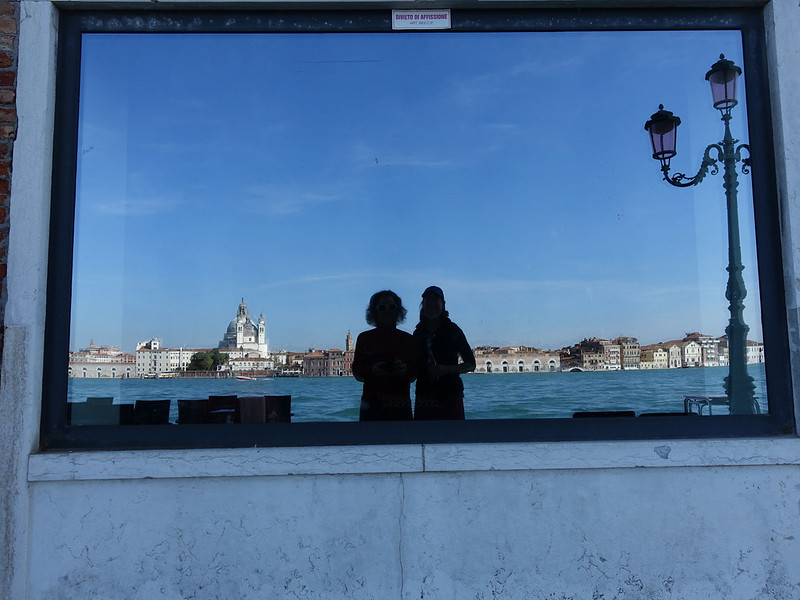 Unfortunately, she suffered respiratory failure during the flight. She spent a day or two at the Venice apartment, then was hospitalized in Venice and put on a ventilator. After several weeks of bureaucratic wrangling with the Venice hospital, we arranged a life flight to a Detroit area hospital where my youngest brother was an ER doc. My mom died there a few weeks later. 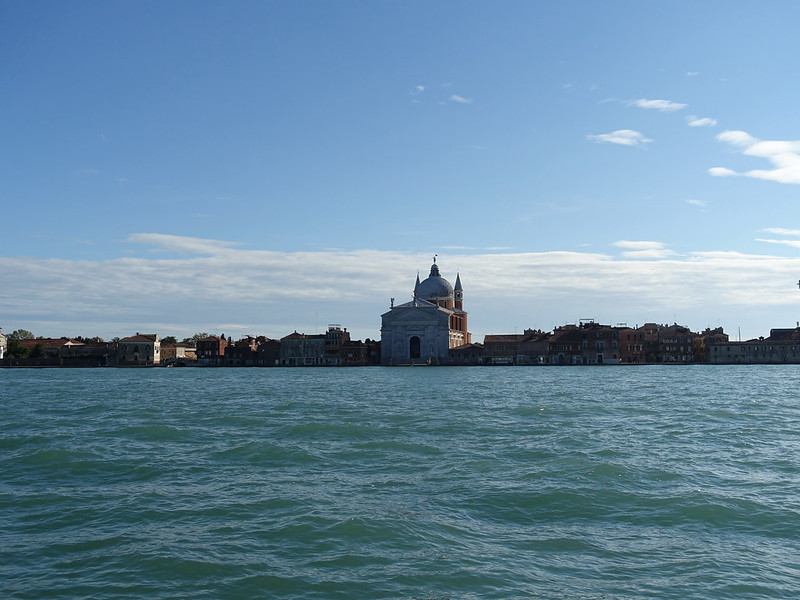 So, I was on a mission to find that Venice apartment. 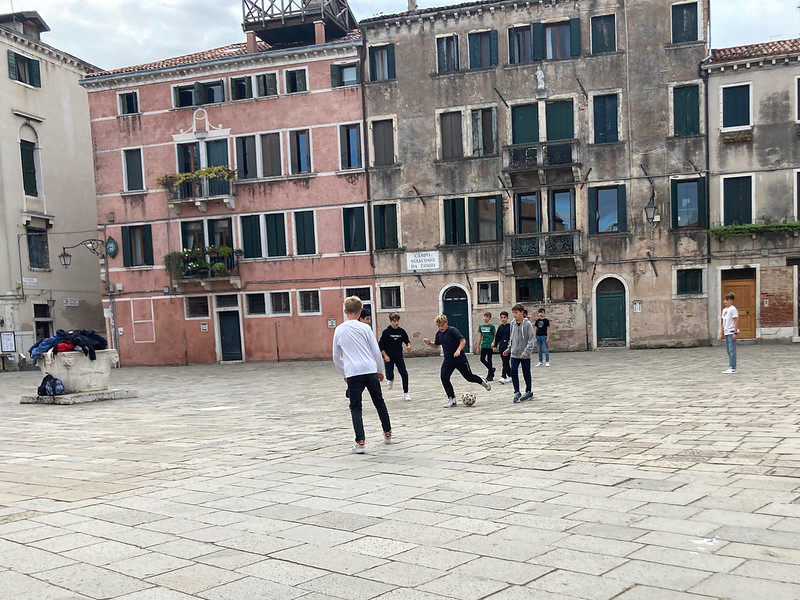 Fortunately, my uncle’s wife is still alive and remembered the place and even had some travel journal entries about it. 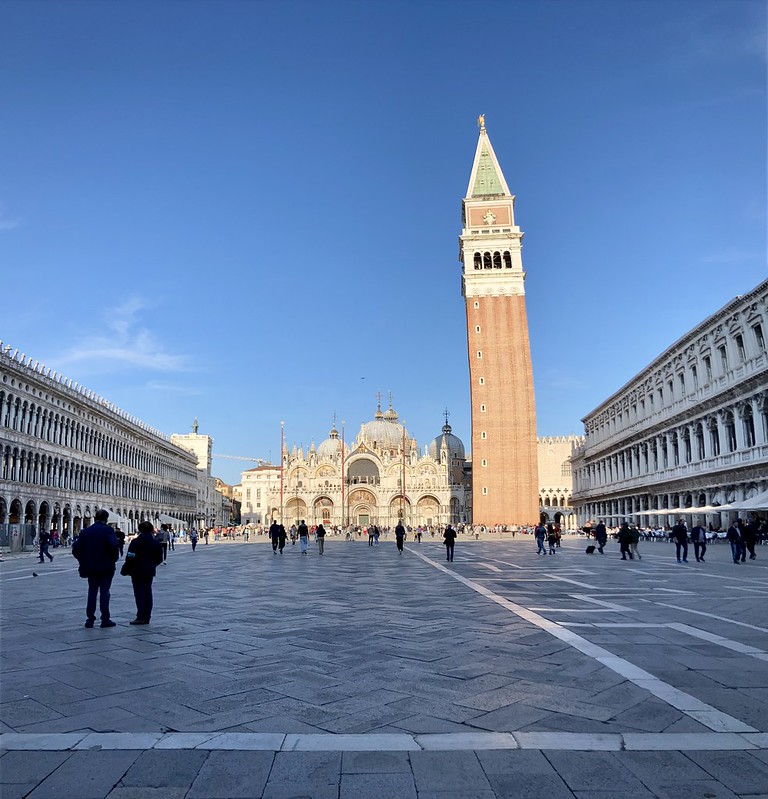 Also fortunately, Francesca graduated from Ca’ Foscari–University of Venice–and was quite familiar with Venice. 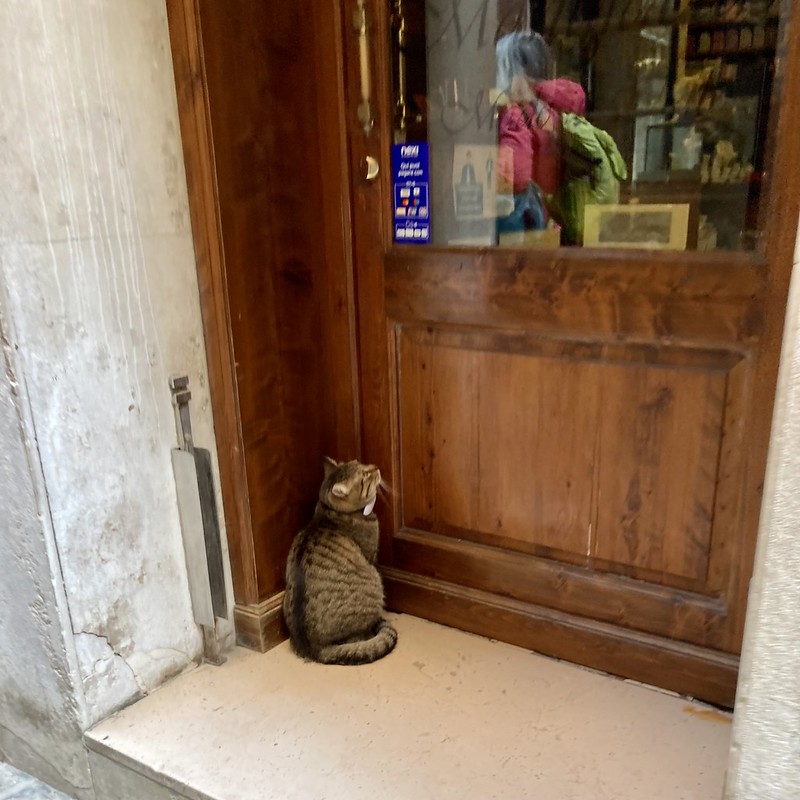 Since we were traveling by train, of course there would be hiccups. There was a transportation strike scheduled to begin at 9am the day we planned travel to Venice. So, we left Ravenna on the first train, and arrived in Venice before it was clogged with other tourists. While the strike included the Vaporettos–Venetian public waterbuses–there were fewer than usual tourists and we didn’t experience noticeable delays. 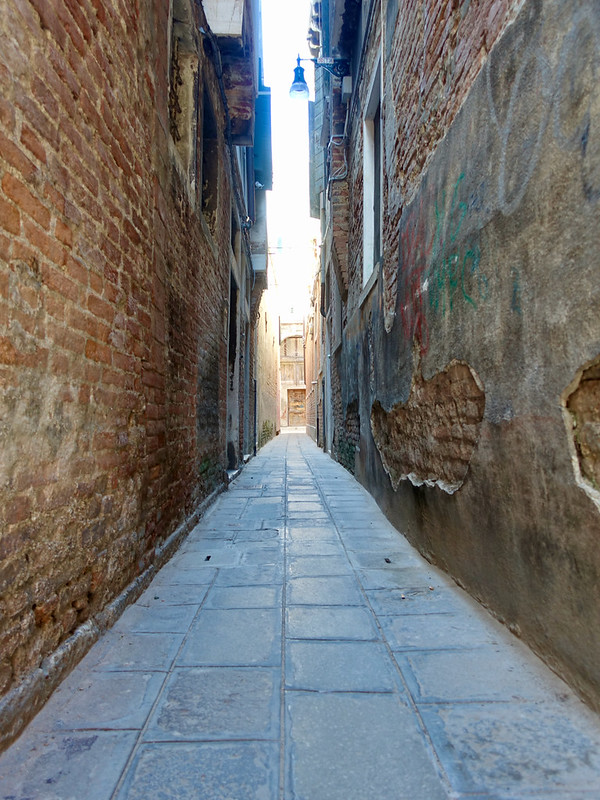 Similar to Florence, as soon as you step out of the train station, you enter a different world. With all the narrow alleyways and canals, I felt disoriented the entire time, and if it weren’t for the tourists wearing modern clothing it would be easy to imagine being in Venice five hundred years ago.

Francesca gradually meandered us towards the island of Giudecca, where my uncle had rented the apartment. 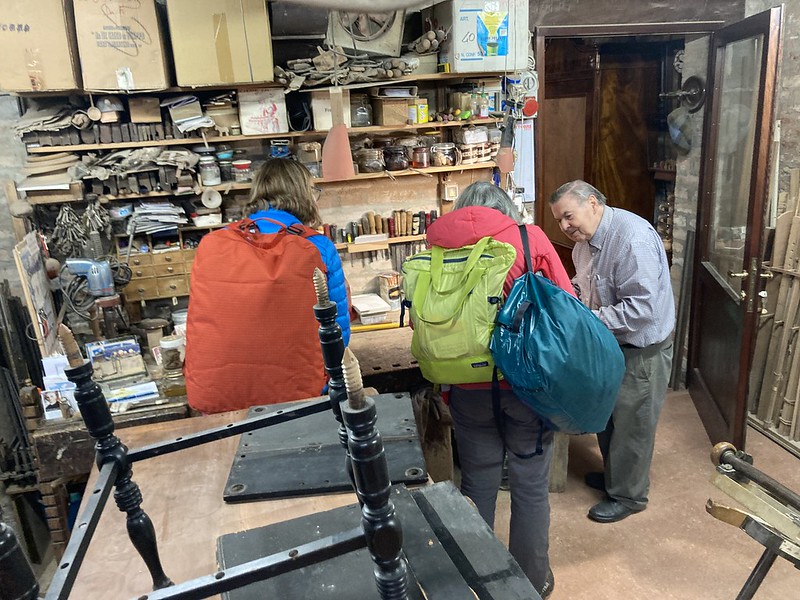 After lunch we caught a vaporetto to Giudecca. Based on the directions we had, it was relatively easy to find the apartment. 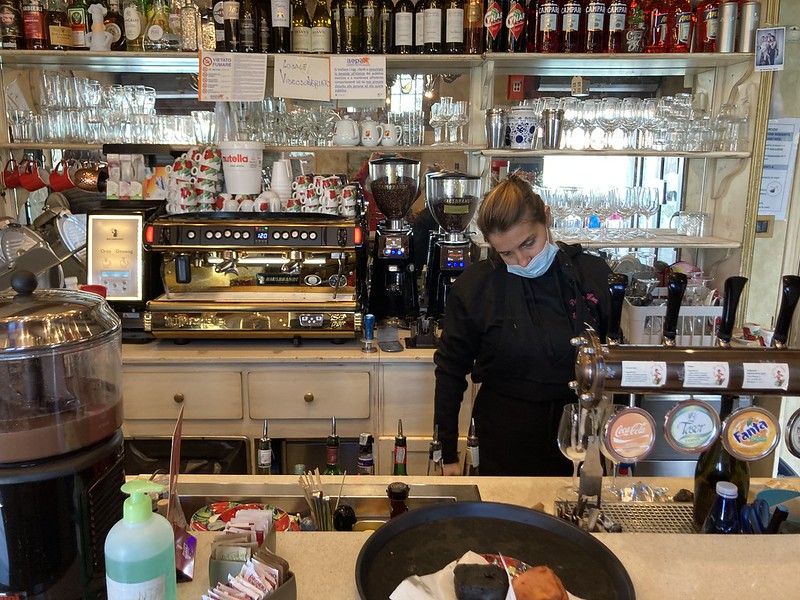 We ambled down Giudecca’s main promenade, and Francesca stopped to chat with the owners of Bar Da Monica. As she explained what we were doing, their eyes widened, and my eyes welled with tears. 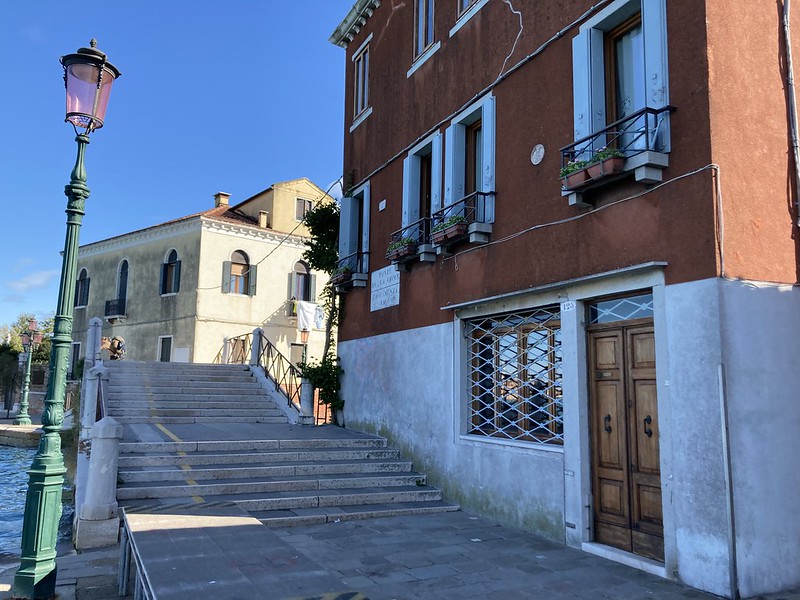 We took time for coffees, sat at bistro tables near the waterway, and enjoyed what must have been the same view my mom enjoyed before she was hospitalized. 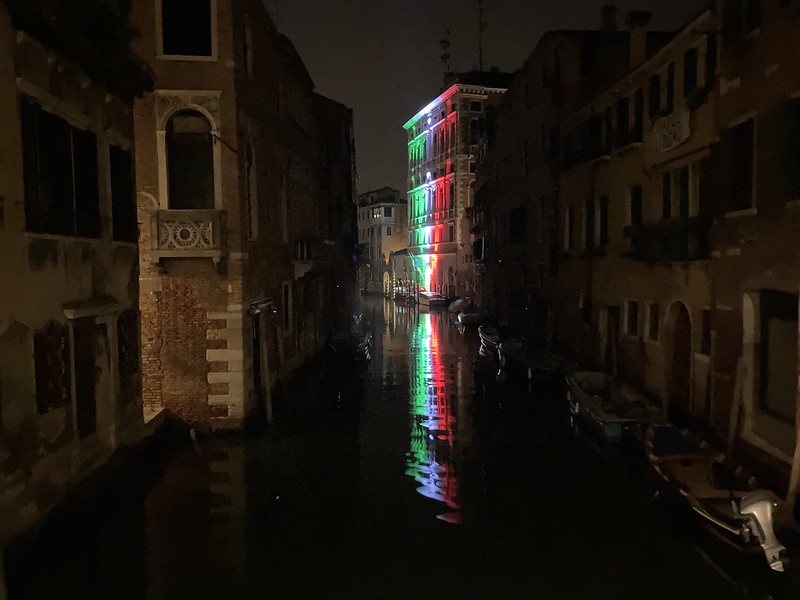 The Venice portion of the trip finished with a return to Cremona via Castelfranco Veneto, home of our supplier Giessegi. Their products were a hit during the 2021 season so we picked out an even deeper selection of their offerings.

To get from the Castelfranco Veneto station to Giessegi’s facility, we caught a taxi. As Francesca chatted with the taxi driver, it turned out he had raced as an Under 23 with the fellow we were meeting, Ronni Fraccaro, son of company founder Simone Fraccaro. Simone was a professional road and track cyclist from 1974 to 1984. And it turned out that our taxi driver, whose name was Andrea, was the brother of 2008 World Road Race Champion Alessandro Ballan. I saved face when I was able to communicate that I knew about Alessandro Ballan.

After a great meeting with Ronni and other members of the Giessegi team, we wandered around Castelfranco Veneto. The older part of the town is surrounded by medieval walls and towers constructed in 1211 that look like a classic castle wall. 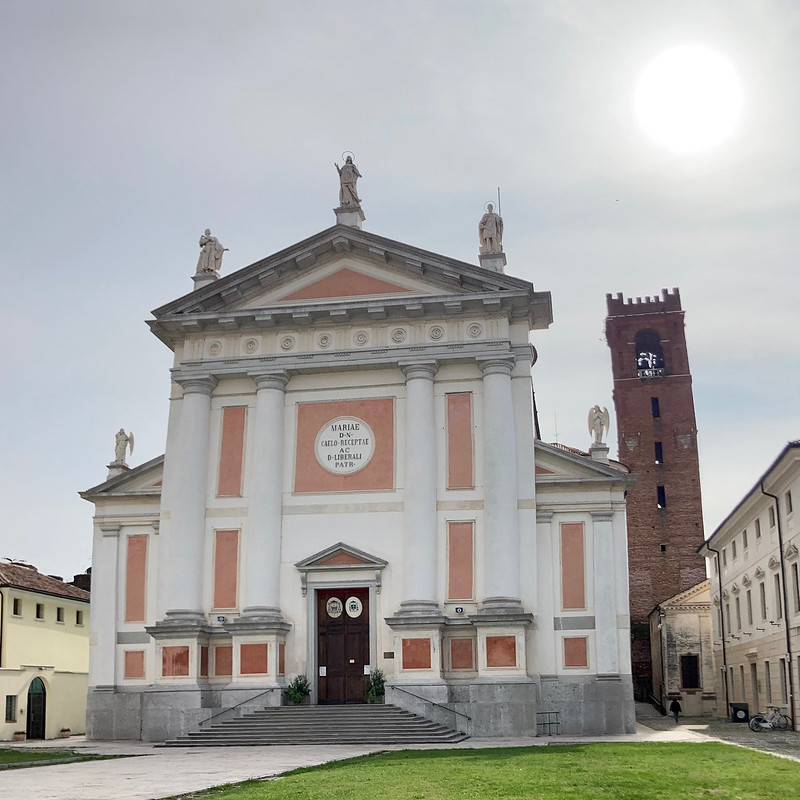 A morning market was happening, and Francesca bought some cheese and a cozy boiled wool cape. I tried on some trail running shoes from a European brand I’d never heard of, but alas they didn’t fit. 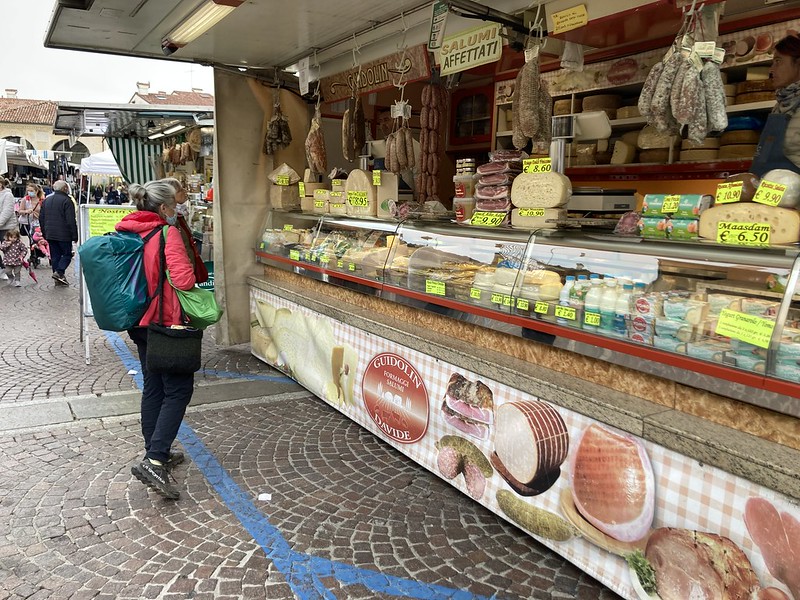