Most of the blog content in Northwest in Motion originated as Velocity: The Seattle Area Cycling Blog, which launched in the Seattle Post-Intelligencer (aka “the P-I”) in 2007. At that time the P-I had both print and digital versions, and was trying to refine its digital strategy. They developed (originated?) the concept of “microlocal” blogging–neighborhood scale blogs and reports. Based on a personal blog David Longdon produced while he lived in Eugene, OR, he was added to the “Reader Blogger” section of the P-I. “Velocity” focused on the Seattle-area recreational cycling scene, and included rider profiles, route and trip reports, and occasional gear reviews.

Additional content came from a blog that was produced during the development of motion.social.

Like Velocity, Northwest in Motion has great content for and about cyclists, but is broader in scope:

Francesca Carmichael is Italian born and raised. She’s a Bellevue retail business owner with a bubbly passion for everything that is unique, handcrafted, high quality, and involves long endurance runs. Francesca is our events marketing and retail manager.

Amie Pendleton-Knoll grew up as a competitive gymnast, but after a back fracture and a year of rest she turned to high school cross country and the rest is history! She has completed 13 marathons, a dozen halfs, and a handful of ultras. Amie is currently working on her MSW and, when not studying or running, is drinking a red ale and watching true crime. Amie is a member of the Seattle Running Club.

Michael “PruDog” Pruitt is a cyclist who rides a bike, usually on gravel if he can find it. He leads multiple gravel group rides throughout the year and beats the heck out of his equipment. He believes strongly that gravel is fun but the bike industry is weird because it thinks all its customers are mechanics rather than normal people who just want to ride. PruDog produces The Double Grind podcasts.

Meg Gayman is a runner, CrossFitter, coach, writer, video producer, wife and mom. She likes life on the move.

Leave Your Comments!
Hateful, asinine, derogatory, and spam comments will be deleted. Please use your best judgment when commenting and we’ll do our best to respond appropriately.

Contact Us!
Have an idea for us? Let us know.

The tradition has been maintained for over 27 years by one of the original founders, Ron Nicholl. In 2019 I did a loop on the course with Ron, and learned about the history of the event.

Cycling from the Core
Regardless of whether you are a runner, cyclist, hiker, or skier, *almost daily* core and functional strength training will help reduce injury and enable you to excel at your sport(s). 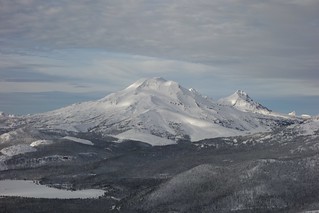